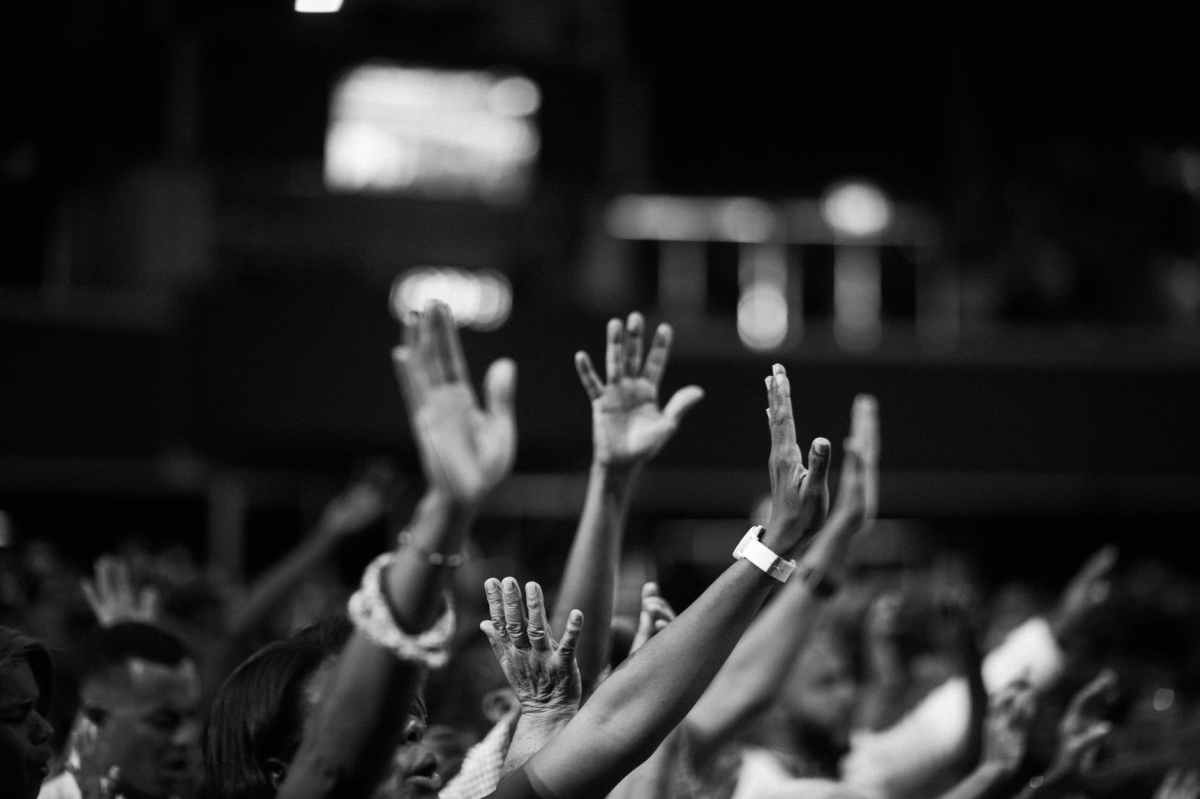 When at first we identify as Christians, most of us have an incomplete or incorrect understanding of what it means to be a Christian. We may at first think it is a call to be good people, or an invitation to permanent happiness. We may be overwhelmed by the power of God, and expect that it will be used in our favour, or be conscious of our shortcomings, and hope that being Christians can help us improve and be our very best, possible even living perfect lives. But as the scales fall off, and we see the light of God, we begin to recognize that the call to be a Christian is not at all about our selfish desires: it is all about Christ.

Let us step back a minute, to the very beginning of time, where God made man in his own image, with the intent to have them rule over creation and be God’s representative on the earth. That was a moment of perfection – a chance for us to be the very best God wanted. But we ruined it. All of us – through Adam and Eve – ruined that moment of perfection and chose to go after what we felt we didn’t have (knowledge of good and evil), ignoring the very thing we had access to (the tree of life). Humanity became debased and the pursuit of selfish interests was born. We lost focus on pleasing God and became self-pleasers.

Fast forward several centuries and Jesus steps into the picture. He is the image of the living God: a 2.0 version of the man God had made, except this version did not fall short again. He succeeded where Adam failed. He resisted where Adam succumbed. He was the archetype of the new humanity God wanted to bring forward: the overcoming species that would fulfill man’s original purpose of ruling creation while remaining in submission to God. Where Adam tried to acquire his own wisdom by eating the fruit, Jesus rejected all advances and stayed true only to the words of His heavenly Father. Finally, the Son is here!

It was this Jesus that God set forward as an example of the new humanity. When he called men to follow Him, they often started out thinking like Adamic beings. They imagined He was another Adam – a conquering victor who subdues his enemies by instilling fear and imposing violence, who outshines his foes and obliterates his contradictors. But in a shocking act of divine irony – this Jesus surrendered himself to be killed by His enemies. The very one who had been promised as a Messiah, having manifested divine powers, allowed Himself to be crucified on a cross – the most demeaning form of capital punishment.

Hung on a cross for no sin of His, this Jesus began the path to “Saviourhood” by becoming like the worst of sinners. He laid down his life by faith, and the Father proved him to be the One by raising Him from the dead. Having risen, he again calls people to follow him and be like Him. But here lies the contradiction: we all love a powerful Saviour capable of healing the sick and raising the dead, feeding the hungry and giving hope to the hopeless. But who wants to follow, talk less of become like, a Saviour who debases Himself and serves like a slave, who takes punishment for sins he did not commit and blesses those who hurt Him?

Yet walking that path is the very essence of the new humanity. Deliverance from the debased nature within us begins from rejecting the very thing that makes us who are, so that we can embrace and begin to become like who He is. Neither our good works nor our evil actions are acceptable before God, because they all come from a fallen nature. Only the works that are done by the Son, through the Son and for the Son, are acceptable. We are not called to be better versions of ourselves. We are called to surrender our lives, take up His life and be like Him, to live by and take instructions from His Spirit. Not just once, but every day.

This is the call to discipleship: a call to surrender our lives and be like our Master Jesus. This is what it means to be a Christian – one whose life is modeled after the faith, love and service of Christ, who rejects every thought that originates outside of God, and depends on the written word of God as his daily bread. Being a Christian is not a cute thing to do or a faith to adopt in order to improve the world or our personal wellbeing. It is a call to an overhaul, a call to die daily and embrace new life continuously, a call to sacrifice, submission and service that translates to joy and hope not only for this life, but eternally.

Our service to God is from the spirit, the inner man. The value of our service and sacrifice is not in the time we spend, or the strength we expend, but in the surrender of our hearts to God as we serve. We cannot serve God without total surrender of our person to God – for then our service would be unacceptable to Him. The strength for acceptable spiritual service comes from the One we serve, and that strength is only released into our weakness and inadequacy.

The point of what I am saying is this: we cannot take pride in our service to God (and humanity, by extension) because God is the giver of all grace and every good thing. Our service must begin from a point of admission of our insufficiency and inability, even if we seem sufficient and capable. It is crucial to acknowledge the supremacy, ownership, and authorship of God in all we are, and all we have. It is only from that point of acknowledging our emptiness without Christ that we can truly offer acceptable service and sacrifices to our God and Father.